Here are some handy websites for us to read on our journey to a more peaceful life.

Its Not About Your Stuff

Neither site has been updated in a while but the archives have some great stuff to offer.

This one, Disorder2Order is a personal blog rather than a professional organizer type site like the other two. I really like how she says things.

Angie mentioned in the comments yesterday that she cleans off a space and it becomes the new clutter collector. That happens here too. I cleaned off my dresser a while back(like months ago) so we could move it for painting. It immediately became the place to store my CDs and my clean laundry, make-up(because of the window and natural light), and more knick knacks that I thought I needed for decoration. So, I cleaned it off again. Less than a week later it was piled high, again. It is a never-ending thing and this happens with other surfaces in my home(my entertainment center, red kitchen carts, and tops of bookshelves are the worst spots). I would love to know why this is. Do I just have too many "pretties"? I KNOW I'm not buying stuff hand over fist to fill these spots, it is stuff I already have, things that were lurking on a bathroom shelf, under the sink or in a closet. Things I thought might look good here or there. (this would be the before, and current, state of the dresser top, but right now it is just clothing and a few make-up items, not trashed out so bad as this pic)
*** I noticed Tom was in this picture, taken in mid-January of this year, before I ripped the carpet out. Since taking the carpet out, I don't let the floor get cluttered like this at all, guess that's a positive out of it all. (this is the after picture, it does clean up nice doesn't it?) (red kitchen carts right after I decorated them) (red carts a few weeks ago)
***had to add this, The cat in the background, with the glowing eyes, is our Muffin. She manages to get in the background of most pictures I take around here. Chester left us in August of last year and Tom(the orange one) died late this past winter.

You'll notice that the "pretties" are gone, I put them in the china hutch for safer keeping. After that, it just fell apart, they are catch-alls of the worst kind! They get the dregs.

What I probably need to do is get everything back in its proper place, wherever that is. Gather my make-up stuff and put back in my overnight case in the bathroom(after I clean it out from our camping trips, the last of which took place over the first day of summer weekend, June 21st), put my folded clothes away, find a place for my CDs. The boxes of stuff I have just sitting, waiting to be put back on the dresser, I think I'll sort through that and part with some of it. I couldn't even tell you what is in there except a doll my grandparents gave me when I was a girl and some ??? what??? I really don't remember! It is that bad. Of course, when I see it, I might be inclined to keep it and that's ok, as long as I can find a place for it and it isn't clutter. I mean, there are things in there that are nice, special things. It is ok to keep stuff, I am not a minimalist for sure, but I do want to get rid of the dead weight.

Today I'm turning on some fun music and getting after my bookshelves! I did some yesterday and managed to clear off two shelves on one of the hall units. We homeschool, most of you know that already, so I have tons and tons of books. The kids read mostly online or the things that interest them, they take after their dad and read for information and not entertainment(like I did as a kid) so we have a bunch of books that we just don't need. Anyway, our shelves consist of two tall white units from Walmart(in our entry hall), and two units my dad built that hold about the same amount each(one at the end of our hallway and one in the living room), plus about half of my nightstand and a hutch(living room). My goal is to get the unit at the end of the hallway completely filled with MY books from the three other units and free up space on the white entry hall units for kids books from the other unit my dad made(getting all the books off of it). What are your goals?

Well you do know, don't you, that a nice layer of clutter keeps dust off the furniture. That's my story, and I'm sticking to it.

When we moved to FL, we only took what we thought we would absolutely need for just a few months. We thought we would buy a house quickly and then bring down the rest of our stuff. 14 months later we are still in the apartment with no house buying planned for at least several more months, maybe longer. Almost all of my "pretties" and "lovelies" and "stuff" are packed away. And I have discovered that I really miss very little of it. I miss my Santa Claus collection. I miss my crochet books. I miss my yarn stash. And that's really about all. When we do finally get it all moved, I am definitely going to be parting with a lot of those sentimental lovelies that, when out of site, are out of mind.

As for immediate goals, it is to rid myself of most of the books that I brought with us the last trip back to Alabama. And empty out a closet to have room for Hurricane Emergency stuff!

You know, it's interesting that you mention clearing off a space and then it gets cluttered again. I was reading once in a Fung Shui book that there are often stuck energy spaces in a room (Feng Shui is very interesting to study, and quite easy to apply as well) and if you clear off a certain space it will most likely get cluttered again quite fast. They suggested clearing it off, and then smudging it (there are also lots of sources about smudging) and most likely the space will continue to remain clear...I would think it would certainly work seeing as we all seem to feel a lighter kind of energy when we go through and clear out, right? Plus...I tried it in a catch-all cupboard I have, and it's remained very organized ever since...

1) Clutter is a constant abomination, isn't it?

2) You changed the bedroom curtains when you decluttered.

3) I LOVE the wedding ring quilt on your bed 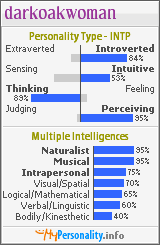